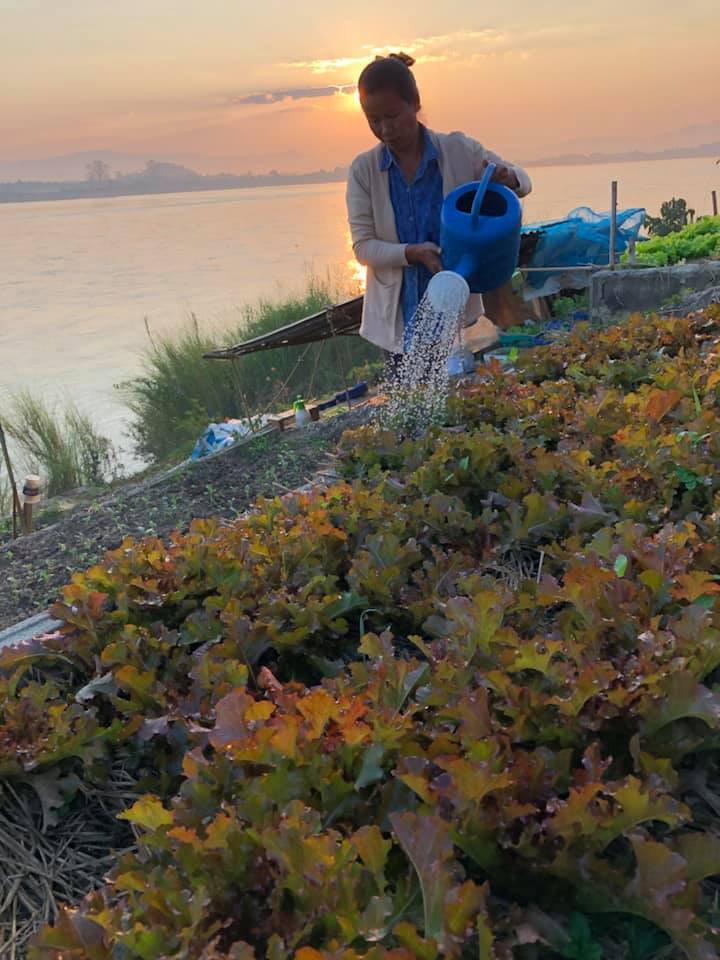 International Rivers is honored to announce the first convening of women water leaders at the Women and Rivers Congress to be held in Nepal from March 6th to 10th, 2019.

In this time of climate chaos, as our communities and our environment face repeated violations of right to life and livelihood – new visions for our collective future must be born. And with them, new strategies and ways of coming together to share, learn, and inspire.

Water is at the heart of many of today’s struggles. Decisions about how our waterways are used, managed, and developed affect the lives of millions – often causing upheaval to traditional livelihoods and societies, altering relationships between people and their environment, and causing devastating impacts to native ecosystems and biodiversity.

Women are often the primary users of water in their households and communities. Tasked with securing, maintaining, and using water resources in agriculture, fisheries, forest and land management, women sustain life through their relationships to water.

Despite this, women are far less represented in decisions about how water and rivers are managed and developed. Deep inequalities persist from the household level to regional and national governance, with men holding a majority of the decision making power and influence. For decisions about river and water management to take into account the needs of all stakeholders, women must be given equal representation and women’s voices must be valued.

Stories of struggle and inequality for women water stewards and defenders are known all too well – from our dear friend and partner Berta Caceres, who spent her life protecting the Gualcarque River and its surrounding land and communities, to the women who maintain their water resources in the face of gendered oppression within their own communities, and to the boardrooms of governments and companies where decisions are made without women’s representation.

Faced with these immense challenges, many women have stood up for their communities and sought to envision another way forward. They have become political leaders, and the voices of movements in their own right. They have developed bodies of knowledge, strategy, and experience that are being leveraged to address the most pressing issues facing our planet, including the health of our rivers. We are tremendously honored to be hosting some of these leaders at the Women and Rivers Congress.  Some of the success stories of our participants serve to illustrate the power of women’s leadership in water and river governance:

Khanh Nguy Thi
Khanh was born into a rural family in Bac Am, a village in northern Vietnam. Growing up near a coal plant, she experienced firsthand the pollution and dust from coal operations and witnessed many people in her community develop cancer. Khan founded the Green Innovation and Development Centre (GreenID) in order to promote sustainable energy development in Vietnam, as well as good water and air governance and green development. She also established the Vietnam Sustainable Energy Alliance, a network of 11 Vietnamese and international environmental and social organizations that collaborate on regional energy issues. Through GreenID, Khanh helped develop local energy plans to both support the uptake of renewable technologies and manage pollution. This work helped both households and entire communities minimize pollution into rivers, turn waste into energy, and acquire new, affordable technologies such as solar lights and worm farms. The alliance also encouraged more community-level investments such as biodigesters for schools and kindergartens (which turn waste into cooking gas), solar hot water heaters, and reverse-osmosis drinking water provision. The success of the work has shown that there are very real, effective and affordable alternatives to energy from large hydropower and coal-fired power. Khan was awarded a Goldman Environmental Prize for her work in 2018.

Joan Carling
Joan is from the Kankanaey tribe of the northern region of Cordillera in the Philippines, a region threatened by mining companies and development projects. In her youth, she was inspired by the struggle against the construction of hydropower dams along the Chico River, which would have displaced 100,000 tribal peoples, tearing apart their livelihoods and social fabric. As a member and co-convenor of the Indigenous Peoples Major Group for the Sustainable Development Goals, she has worked with communities in the Philippines, Asia and throughout the world defending land and environmental rights of indigenous peoples. Joan has actively participated in the UN Framework Convention on Climate Change and REDD+, twice served as Secretary-General of the Asia Indigenous Peoples Pact and was Chairperson of the Cordillera People’s Alliance. She was appointed by the UN Economic and Social Council as an indigenous expert and has been a member of the UN Permanent Forum on Indigenous Issues, among other responsibilities. In 2018 Joan was awarded a UN Champion of the Earth Lifetime Achievement Award.

Wangechi Kiongo
At 24 years old, Wangechi Kiongo is a rising youth leader of a new generation of environmental activists in Africa. While interning with International Rivers several years ago, Kiongo conducted research on Lake Turkana, a World Heritage site and the world’s largest inland desert lake, and the Gilgel Gibe Dam in Ethiopia that would threaten the Lake. Engaging in field visits with communities neighbouring the lake Kiongo realized that their livelihoods and those of almost 300,000 others who depend on the lake were at stake. This prompted  the formation of the Save Lake Turkana Movement, a community-based organisation that aims to promote sustainable development around Lake Turkana. With a team of volunteers, Save Lake Turkana has conducted scientific research, and produced a documentary called Water to Dust, which was aired on national television. Kiongo is also a writer for various conservation platforms both nationally and internationally. She recently graduated from Karatina University in Kenya and is currently serving as United Nations Convention to Combat Desertification Youth Land for Life Social Media Activist.

Minket Lepcha
Minket is a member of the Lepcha community, indigenous to the Sikkim and Darjeeling state of northern India bordering Tibet and Nepal. She has supported Affected Citizens of Teesta in their campaigns to resist hydropower dams planned to be built on the Teesta River that would significantly alter the livelihoods of communities depending on the river for water sources and agriculture. Minket has sought to use traditional ecological knowledge and environmental awareness to educate and inspire a new generation of activists. Drawing on years of documenting stories and folklore of ethnic communities of Darjeeling and Sikkim, Minket directed a film called “Voices of Teesta.” The film earned 10th position amongst 110 films in World Water Forum in Brazil 2018, and Minket was awarded the Young Green Filmmaker award in the 2016 Woodpecker International Film Festival. Inspired by Lepcha folklore and believing that ecological wisdom is hidden in traditional stories, Minket created an experiential workshop based on the folklore of Himalayan Communities that she teaches in schools, educating youth about their surrounding rivers and mountains, and inspiring youth to connect with nature. She has been travelling for the past one and a half years telling stories of rivers to schools and college students across India and Nepal.

These stories of four participants touch the surface of a deeply rich body of collective experience, knowledge, resources, and dedication. The first convening of this group will be an opportunity to form the foundation of a movement of women water leaders, opening doors to new collaborations and strategies, with new connections between peoples who work on water and rivers, to those working on land rights, forest protection, indigenous and human rights, and gender. The experience and information each participant gains will ripple out to inform our work individually and collectively.

As we light the spark of our collective power as women water leaders, our vision is for healthy rivers and communities where rights are respected. Our success, and the sustainability of our water resources, depend on our coming together for shared action and impact. Join us in this work by supporting with a donation, and staying tuned for updates on the Congress.