Last month, representatives of civil society organizations from five countries came together in Kathmandu, Nepal for a three-day workshop to find ways to improve transboundary planning and management in the Brahmaputra River basin.

The Brahmaputra River is one of the last largely free-flowing rivers emanating from the Tibetan Plateau. Originating as the Yarlung Tsangpo River, it flows across the southern part of China’s Tibetan autonomous zone, through the Himalayas, and into India and Bangladesh before merging with the Ganges and emptying into the Bay of Bengal. 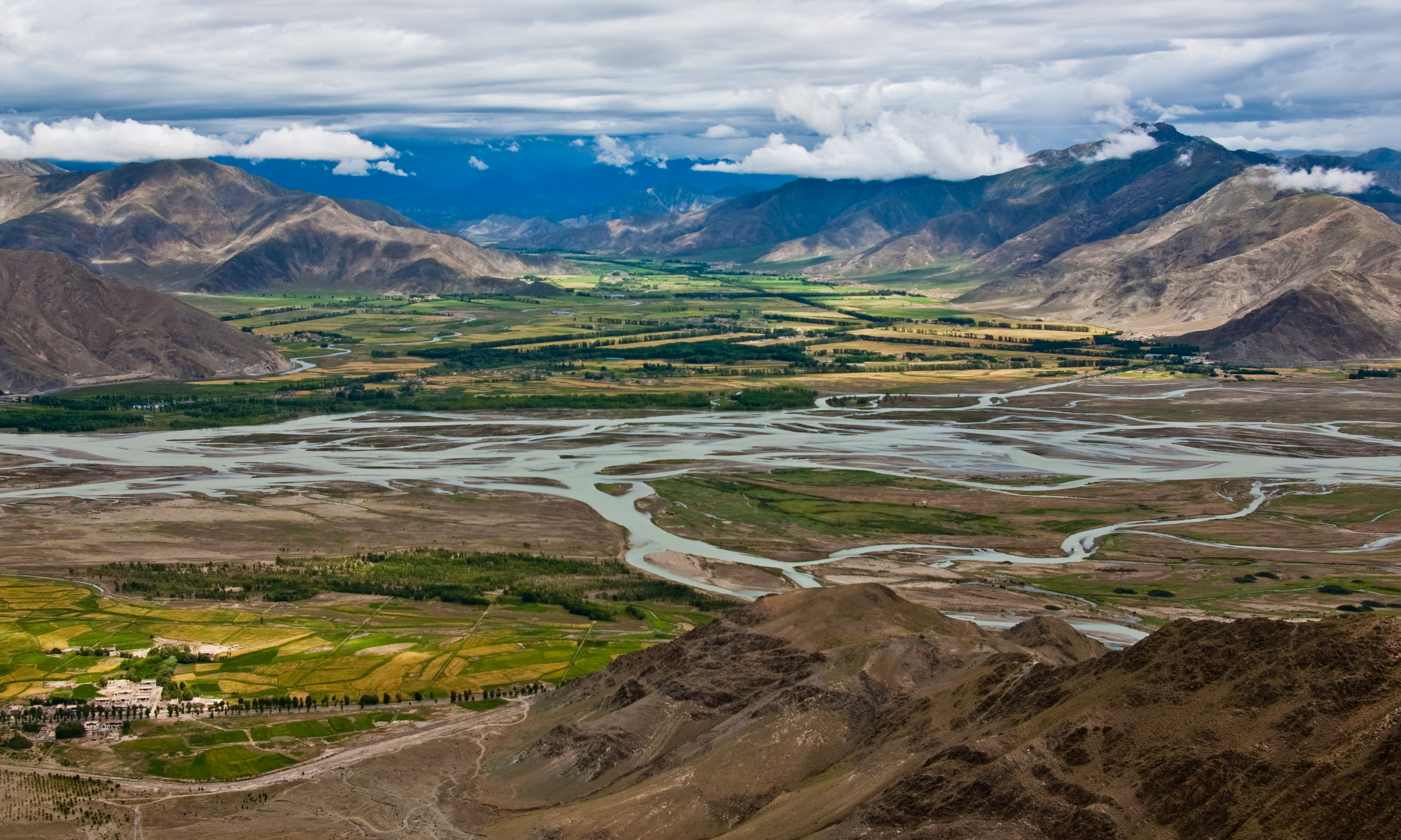 On the first day, organizers gave substantial time to civil society representatives from China to speak of the culture, heritage and development plans in the upstream stretches of the Yarlung Zangbo (called Brahmaputra further downstream) in Tibet. Chinese voices are mostly missing from such gatherings; the attendees were all ears.

One of the Chinese representatives apprised the gathering that the People’s Republic of China had replaced their model of natural resource exploitation in the last five years, recognizing the growing need for environmental and spiritual conservation. “Plans have been executed to minimize Chinese mining in the Tibetan region, and apart from the commissioned Zangmu hydropower project, all other planned projects on the Yarlung Zangbo have been stalled,” said one researcher, who requested anonymity. They have also given up on the much-discussed hydropower project around the Great Bend, which, if built, would have a capacity of more than 40,000 MW. 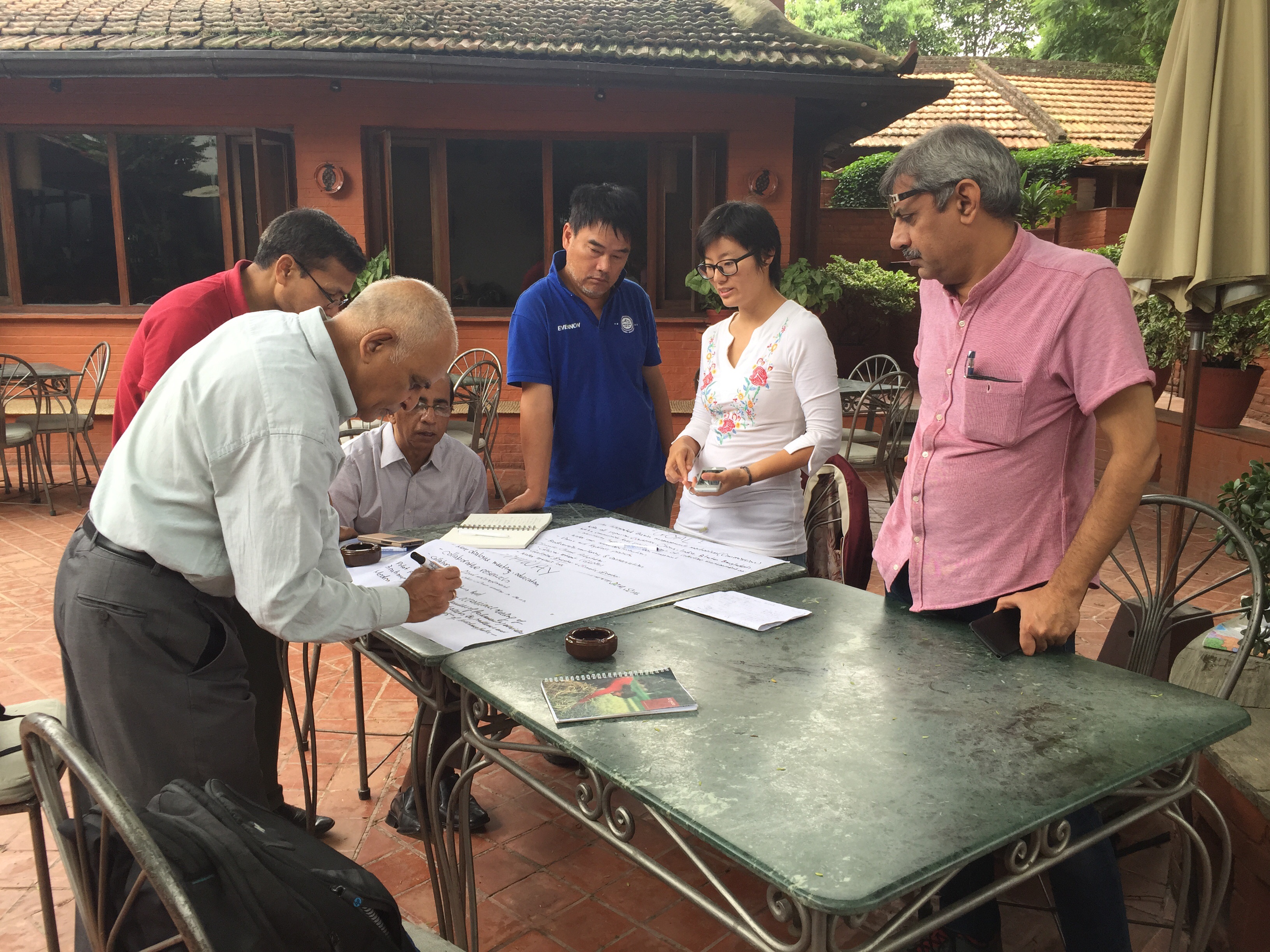 A participant from India joked: “He sounds like a government spy,” clearly unconvinced by this supposed new Chinese caretaker approach in Tibet. But even a joke speaks volumes about the misgivings that exist between people of the two countries.

The Brahmaputra connects China’s Tibetan autonomous zone with the northeast of India, and then travels down to the Bay of Bengal. India and China are like “flesh and bones,” said the Chinese researcher at the meeting. Unfortunately, due to the current geopolitical situation, there is little existing collaborative work and research. “Instead, we have a dangerous competitive situation between China and India that each country wants to build larger and larger projects, which will only lead to river destruction,” he told me on the sidelines of the meeting.

Officially, China says it will not transfer water from the Yarlung Zangbo River in Tibet to northern China through a system of dam reservoirs, tunnels and channels. The grandiose plan, it is said, was neither technically nor economically feasible, and only backed by madcap engineers and fearmongering military generals who also wished to nuke the Himalayas for a little tropical air. China has time and again issued statements that none of their projects in the Tibetan plateau will impact river flows to India downstream. But India’s official position remains one of concern and apprehension.

Workshop participants moved on to identify the threats and challenges in the river basin, giving voice to the trust deficit among nations, as well as the predicted impacts of climate change and the human activity impacting the river health and ecology from China downstream to Bangladesh.

Commenting on the conversations that ensued, Shripad Dharmadhikary, founder of Manthan Adhyayan Kendra, a non-profit set up to track developments in the water and energy sector, said: “Civil society collaborations will play an important, even critical role in breaking the political impasse on this issue at a transboundary level. Organizations need to continue with high-quality research and analysis and greater engagements at multiple levels.”

“That sharing is possibly the beginning, but it will need to continue in thoughtful way for a long period to have any impact on the current bilateral and multilateral situation,” added Himanshu Thakker, convenor of the South Asia Network for Dams Rivers and People, another attendee from India. 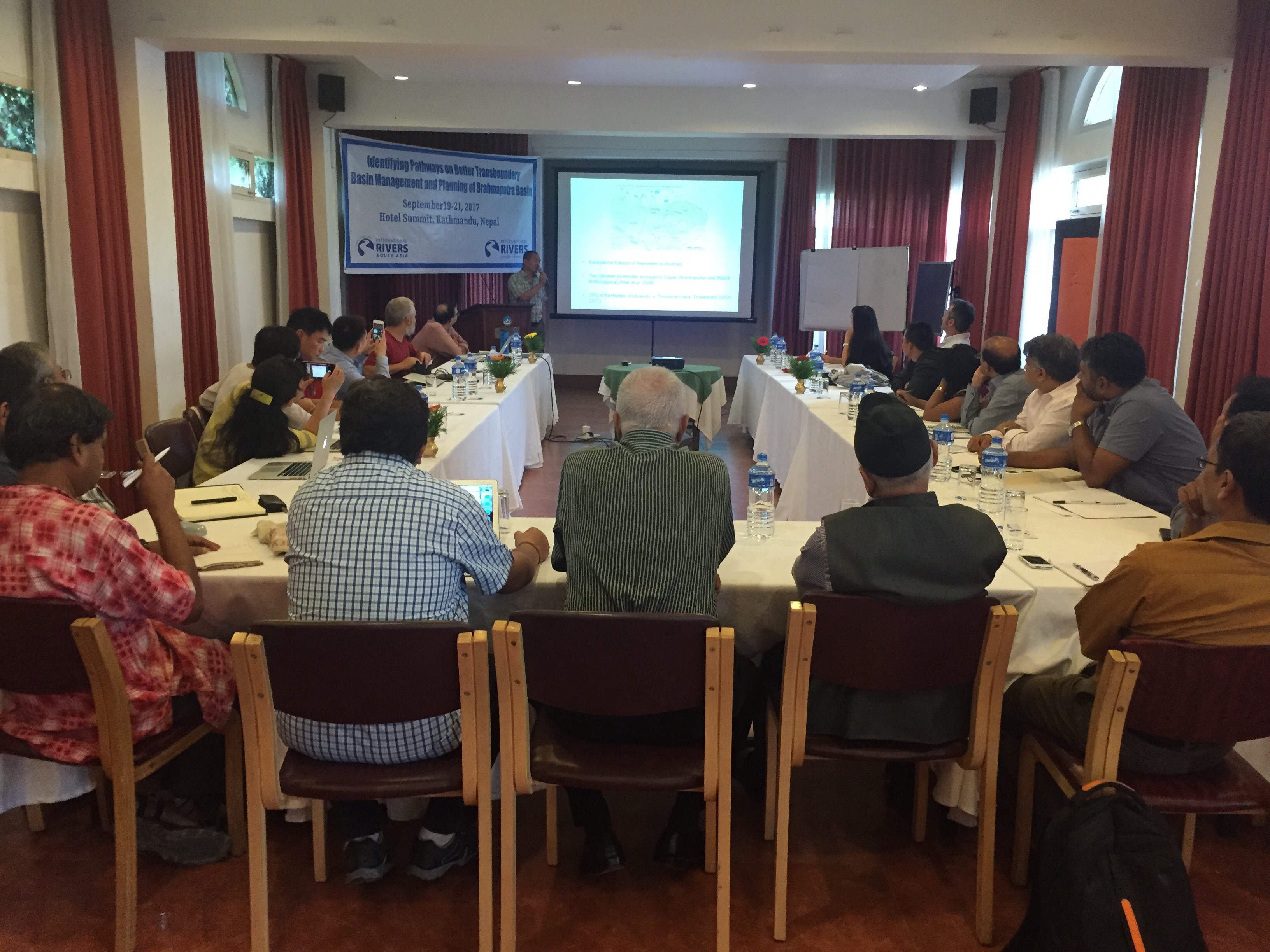 The participants from China and Bangladesh too made a call for greater collaboration. “We need to improve data and information sharing, conduct a joint baseline study of the basin, and push further cooperation of both NGOs and governments,” said one of the Bangladeshi activists. The Brahmaputra River is still comparably the least-obstructed river in the region, and it has global geological and biological significance.

It is time to learn from the success and failures and turn this basin into a leading example of transboundary river management. The time is seemingly ripe to break the current impasse and institute a mechanism for greater collaboration at various levels of government. One Chinese participant drove home why it’s a good time to move on transboundary work: “Currently the Chinese government has turned its back to dams and hydropower given the huge social and environmental costs. But we don’t know a few years down the line.”

The discussions were non-confrontational, even as some participants came to the table with their country positions. “This gives us hope that if civil society reps from neighbouring countries can sit together, break fixed positions and collaborate further, then why not governments,” said Samir Mehta, South Asia Program Director of International Rivers. “Going ahead, we are hopeful to facilitate Track 1.5 dialogues, where civil society gets a chance to interact with governments, and vice versa,” he added.