Skip to content
First published on 29.03.2019
This resource has been tagged as a Press Release 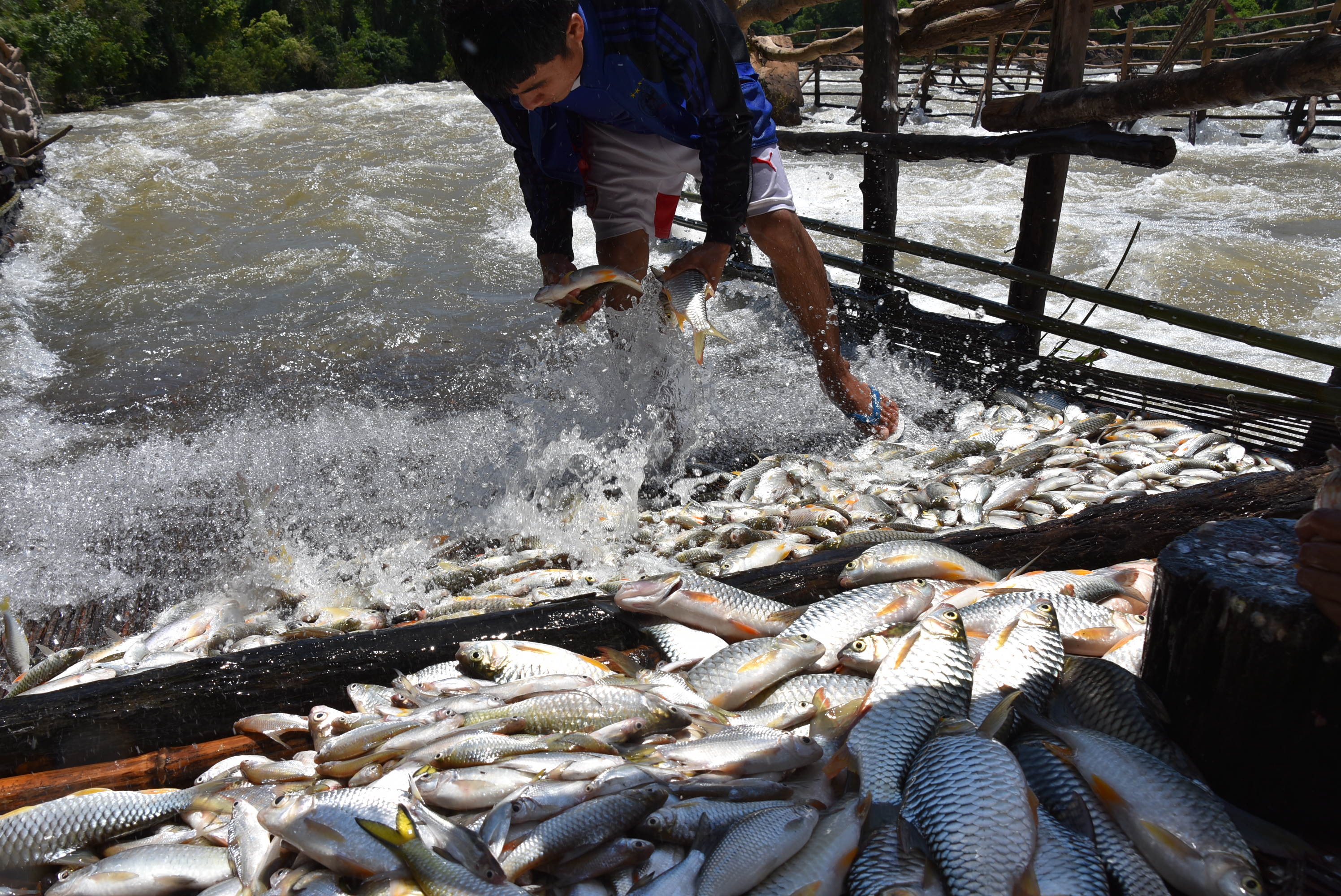 Today, International Rivers releases a new factsheet, Tragic Trade-Offs: The MRC Council Study and the Impacts of Hydropower Development on the Mekong.

The factsheet summarizes key findings and recommendations of the Mekong River Commission’s (MRC) 2018 ‘Study on the Sustainable Development and Management of the Mekong River, including Impacts of Mainstream Hydropower Projects’ (known as the ‘Council Study’). The findings of the Council Study clearly show that the plans for 11 large hydropower dams on the lower Mekong mainstream and 120 tributary dams by 2040 seriously threaten the region’s ecology and economy, as well as local people’s access to sufficient and nutritious food.

Despite these warnings, since the Council Study’s release in February 2018, extensive dam construction on the lower Mekong mainstream and within the basin has continued unabated.

The Xayaburi dam, the first on the lower Mekong mainstream, is scheduled to come into operation this year, with testing already underway. Several months after the release of the Council Study, Lao PDR notified the MRC of its intention to construct the Pak Lay dam, the fourth hydropower dam on the lower Mekong mainstream, triggering the six-month Prior Consultation process. The Pak Lay Prior Consultation is anticipated to officially conclude this week, at the MRC Joint Committee meeting on Thursday 4 April. Communities and civil society groups across the region boycotted the Prior Consultation due to unresolved flaws in the procedure and the poor quality of environmental impact studies used to inform the process.

The Pak Lay Prior Consultation also commenced less than a month after the tragic collapse of an auxiliary dam of the Xe-Pian Xe-Namnoy hydropower project in Laos, which killed 40 people and displaced thousands. Following the dam collapse, the Lao government expressed commitment to conducting a national investigation into dam safety, currently ongoing, and a review of its hydropower policy. Yet last week’s report by the United Nations Special Rapporteur on Extreme Poverty and Human Rights following his visit to Laos indicates there is little change or rethinking of the policy.

Rhetoric from governments and dam developers has downplayed the impacts of hydropower in the Lower Mekong Basin, maintaining that dams can be built ‘sustainably’.

At a cost of 4.7 million USD and conducted over six years, the Council Study aimed to advise MRC member countries—Cambodia, Lao PDR, Thailand, and Vietnam—on the positive and negative impacts of water resources development in the Lower Mekong Basin, including the plans for extensive hydropower construction.

The Council Study warns of severe impacts and trade-offs inherent in current and proposed Mekong hydropower expansion, due to substantial and transboundary losses to fisheries, sediment transport and other critical ecosystem services. These impacts will in turn heighten food insecurity and vulnerability of communities throughout the Mekong basin and affect Lower Mekong governments’ ability to achieve the Sustainable Development Goals (SDGs).

For example, the study finds that current hydropower plans would reduce the amount of sediment reaching the Mekong Delta by up to 97 percent. Sediment enriches and replenishes the entire basin and supports agriculture and fisheries, in turn supporting the economies of Lower Mekong Basin countries. Planned hydropower construction will also cause fish stocks to decline dramatically: the total fishery biomass will be reduced by 35–40% by 2020, and 40–80% by 2040.

Given the Council Study findings, the factsheet poses the question: why are environmentally and socially destructive hydropower projects still moving forward?

The 2018 MRC Leaders’ Summit Declaration stated, as a priority action, consideration of the Council Study findings as a “reference for planning and implementation of national plans and projects, and in relevant MRC work.” Yet Mekong governments have yet to explain how the study will inform decision-making on Mekong dams.

Other options to meet regional energy needs exist. A major recommendation of the Council Study is for MRC member countries to consider emerging energy technologies, such as solar and wind, as alternatives to hydropower. Assessing these alternatives, together with demand-side management and energy-efficiency measures, would provide major insights for managing water, energy, and food security more sustainably in the lower Mekong basin.

“A basin-wide approach to addressing these challenges is urgently needed” says Maureen Harris, Southeast Asia Program Director for International Rivers. “In order for negotiations to succeed, all stakeholders must be meaningfully involved in decision-making. This is essential to achieving solutions that protect the environmental wealth and economic development of lower Mekong countries, while supporting livelihoods of river basin communities.”

Key findings of the Council Study outlined in the factsheet, include:

Read “Tragic Trade-offs: The MRC Council Study and the Impacts of Hydropower Development on the Mekong” in English, Thai, Lao, Khmer and Vietnamese.

The Council Study was agreed on by lower Mekong governments in 2011, following the Prior Consultation process for the Xayaburi dam – the first project on the lower Mekong mainstream. During the Prior Consultation, Vietnam called for a ten-year moratorium on Mekong mainstream dams in order for more studies to better understand basin-wide impacts. This call was later supported by Cambodia. Unable to reach agreement on the Xayaburi Dam during the Prior consultation process, the MRC member states commissioned the Council Study to address major knowledge gaps and understand impacts of proposed developments, including mainstream hydropower dams.