Skip to content
First published on 15.06.2020
This resource has been tagged as a Press Release 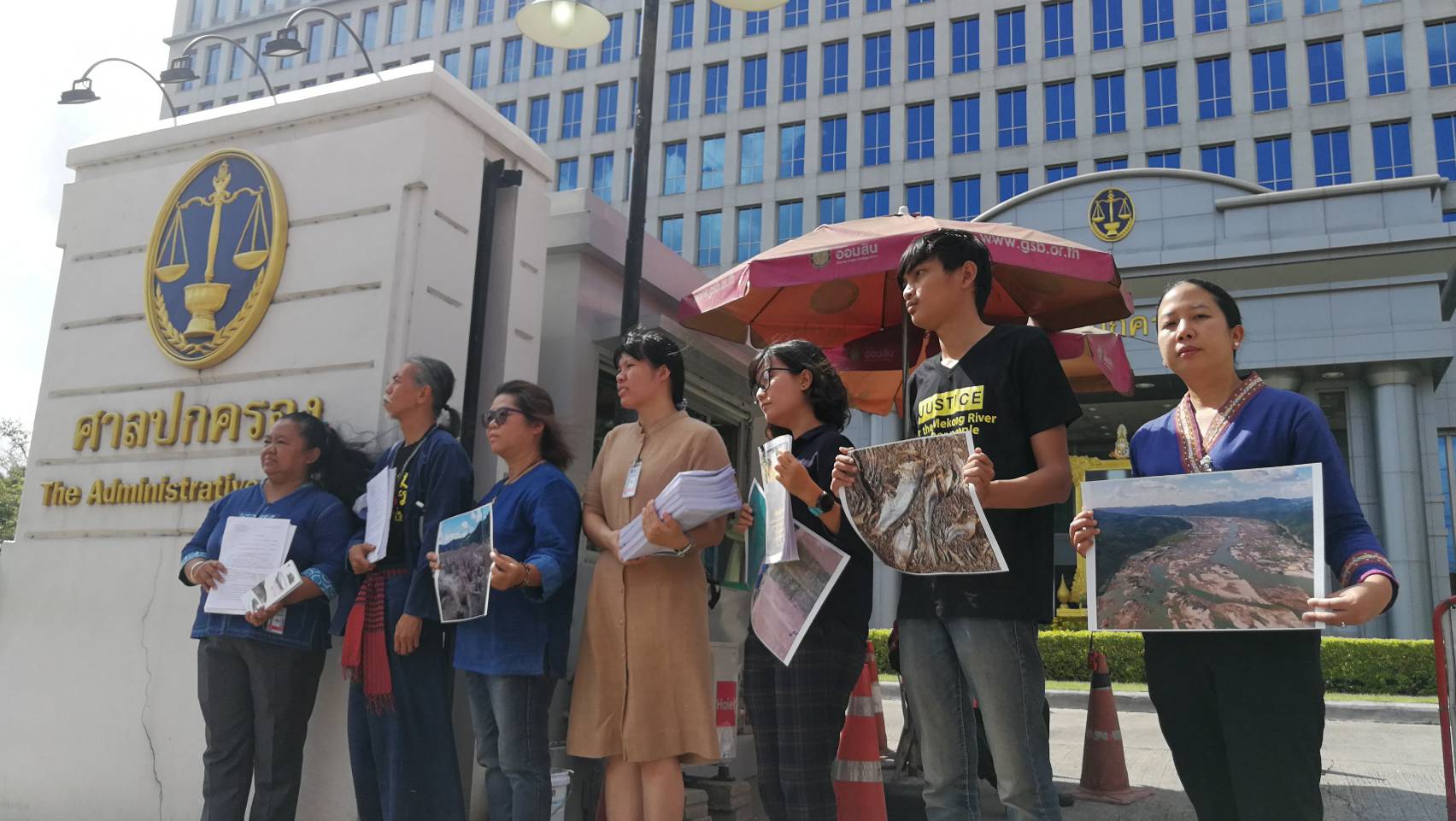 Today, the Network of Thai People in Eight Mekong Provinces submits additional evidence to the Thai Supreme Administrative Court in the ongoing lawsuit regarding the Xayaburi dam on the Mekong River in Laos. The lawsuit targets five Thai state agencies and challenges the legitimacy of the Power Purchase Agreement between Xayaburi dam in Laos and Thailand, citing failures to assess and consult on the transboundary impacts of the dam in Thailand.
The submission of additional evidence comes after half a year of project operations. During this period, downstream of the dam, stretches of the Mekong in seven Thai provinces experienced sharp and unusual water fluctuations, and ‘clear blue water’ – a phenomenon that signals an absence of the nutrients and sediment that are critical to aquatic lives, fisheries, and agriculture in the lower Mekong basin. The timing and location of the dramatic ecosystem changes indicate that they are linked to the operations of the Xayaburi dam. Areas experiencing these impacts include Chiang Khan district in Loei province, Nong Kai, Bung Kan, Nakorn Phnom, Mukdahan, Amnat Charoen and Ubon Ratchatani provinces.

Channarong Wongla, one of the plaintiffs from Chiang Khan district, Loei province, says that since Xayaburi’s trial operations in July, riverine communities have observed drastic changes in the Mekong River.

“The rise and fall of the river is not normal anymore. The rapid fluctuations of the river is impacting on aquatic ecosystems and fisheries. I am worried that fisheries, which are important for our food and income, will continue to decline,” says Channarong.

Alongside submitting additional evidence regarding the ecosystem degradation and its impacts on local people, the plaintiffs also request the court to issue an injunction to suspend the Power Purchase Agreement until evidence can be assessed regarding the project’s impacts.
Sor Rattanamanee Polkla, a lawyer from the Community Resource Center acting in the case, says that she and the plaintiffs expect the Court to consider reviewing the PPA, which is the key driver of the Xayaburi dam.
“The negative impacts are apparent and the Mekong community network believes that there will be a process to protect against further impacts. This might not stop the dam itself, but will have implications for the supply chain and the power purchaser, EGAT, which is a Thai state-owned company” says Sor. “Thailand now has a National Action Plan on Business and Human Rights, endorsed by the Thai Cabinet, which includes extraterritorial obligations (ETOs) for Thai companies operating outside of Thailand. It’s now time for Thailand to step up and enforce ETOs to make this a reality.”