Madrid, 12 December 2019 – A joint statement signed by over 100 civil society organizations on the crisis of deforestation and burning in the Amazon was launched today at the 25th annual conference (COP 25) of the UN Convention on Climate Change in Madrid, Spain. The document was presented by environmental and human rights activists at a press conference and a special event organized by the environmental caucus of the Brazilian Congress.

Congressman Nilto Tatto, who chairs the environmental caucus, said the declaration represents a “provocation” to members of Parliament and government agencies to address “what is necessary and possible for Brazil to meet its goals for reducing deforestation and greenhouse gas emissions under the Paris Agreement”. 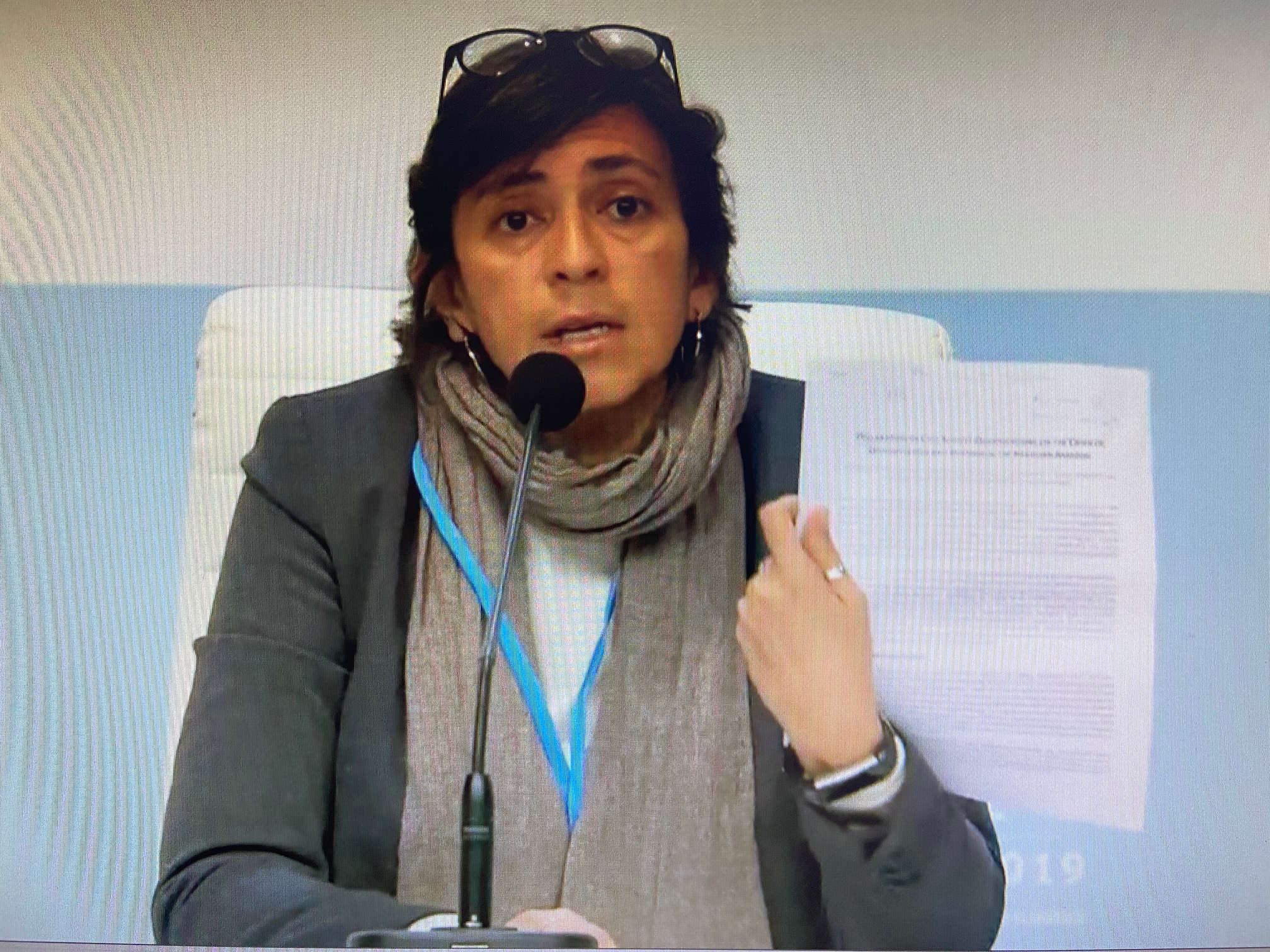 The document, endorsed by Tatto and other members of Congress, calls attention to the causes of a major increase in deforestation and burning rates in recent months that jeopardize both ecosystem services of the rainforest and the rights of local populations, highlighting the need for major changes in policies and rhetoric of the administration of President Jair Bolsonaro.

A major criticism focuses on the dismantling of public institutions responsible for prevention and control of deforestation and burning in the Amazon, facilitating illegal activities of predatory land grabbing, miners and loggers. Both direct actions and omissions of the Bolsonaro government are directly linked to the spike in rates of Amazonian deforestation and burning in 2019, according to the co-signing organizations.

At the declaration’s launch at COP 25, Márcio Astrini, Public Policy Coordinator for Greenpeace Brazil stressed that Amazon deforestation is not synonymous with development.  “If deforestation brought development, the Amazon would be the most developed place in South America,” he quipped. 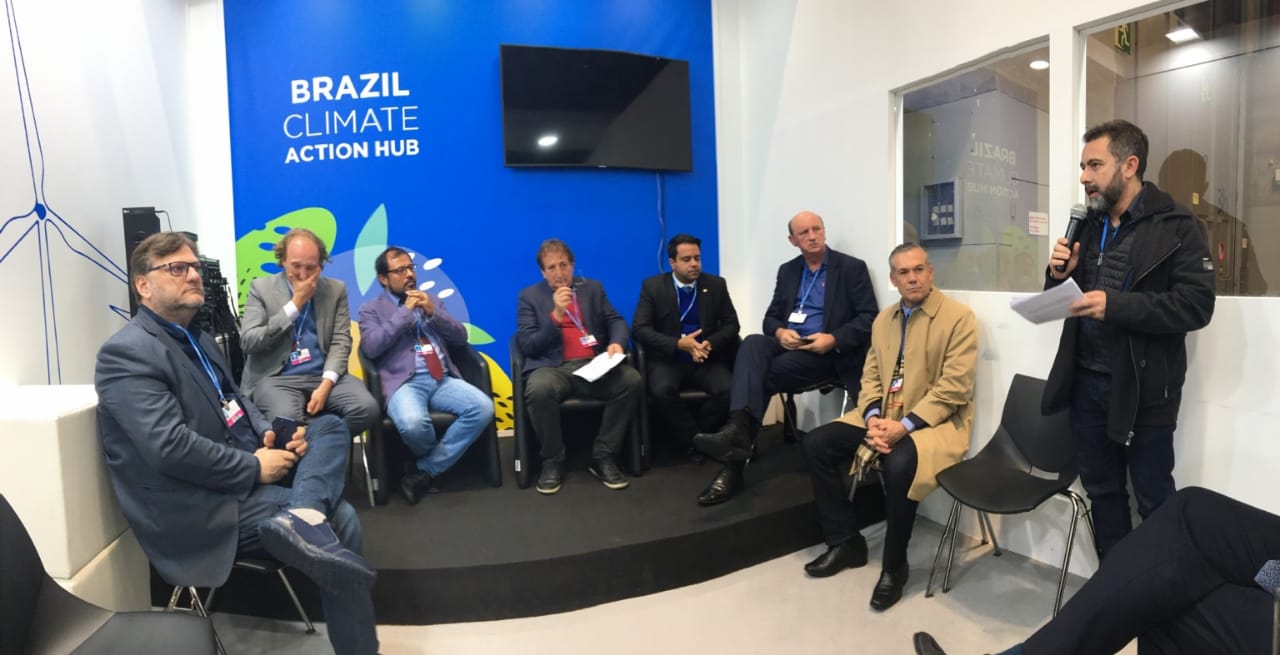 Astrini recalled that in the past, Brazil implemented strategies that contributed to an 83% decrease in deforestation rates between 2004 and 2012, combining actions to expand protected areas – including territories of indigenous peoples and other traditional populations – improved enforcement against environmental crimes and incentives for sustainable management of forests and more efficient use of already cleared lands.

“This has all been discarded by the current government and that is why deforestation is on the rise again.  With the Amazon, Brazil has a tremendous opportunity, but unfortunately the choice of the Bolsonaro administration has been to transform it into a problem” stated Astrini, stressing that the Brazilian Congress needs to work assiduously, together with civil society organizations, to prevent further backsliding on the country’s social and environmental agenda.

The co-signers of the declaration call on the Bolsonaro government to change course and to reorient decision-making towards respect for the Brazilian Constitution and associated environmental and human rights legislation, including international accords to which Brazil is a party; including efforts under the Paris Agreement to avoid a rise of average global temperatures beyond 1.5 degrees Celsius in relation to pre-industrial levels.

Specific demands on the federal government, highlighted in the declaration, include the resumption of a successful action plan for the prevention of deforestation in the Amazon (known as PPCDAm), strengthening of enforcement capacities vis-à-vis environmental crimes and a halt to official incentives for public land grabbing, deforestation and other predatory uses of natural resources.

The signers of the joint statement also called on the international community to guarantee effective mechanisms to ensure that imports of agribusiness, logging and mining commodities from the Amazon do not originate from areas marked by illegal deforestation, land grabbing and human rights violations.  Similarly, the declaration challenges foreign investors to adopt robust guidelines aimed at ending deforestation and strengthening a low carbon economy in the Amazon, with respect for the rights and livelihoods of indigenous peoples and other local communities.

The joint declaration stemmed from a seminar recently organized by CSOs, Federal Deputy Tatto and the environmental commission of the Brazilian Chamber of Deputies, entitled “Deforestation and Burning in the Amazon: Trends, Dynamics and Solutions”. The event brought together members of parliament, scientists, public institutions and representatives of social movements and other civil society organizations.

At the closing of the launch event at COP 25, Tatto assured participants that the Congressional environmental caucus will carefully review the joint civil society declaration in order to identify proposals that can be translated into parliamentary action.

Read the full declaration in English Portuguese, and Spanish)