Skip to content
First published on 03.02.2014
This resource has been tagged as an Audio 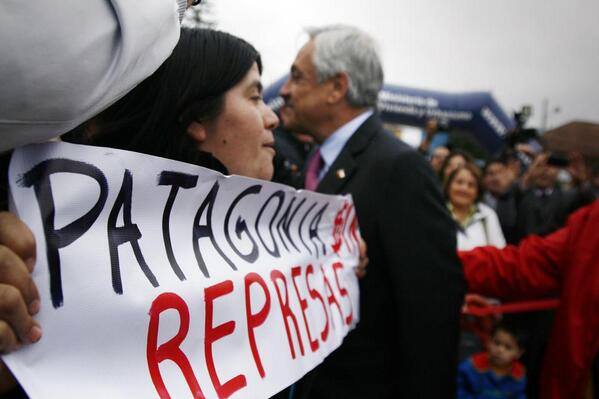 I’m happy to announce great news in our campaign to protect Patagonia from the destructive HidroAysén dam project! On January 30, after two years of waiting, the Comité de Ministros (Committee of Ministers) dealt a substantial setback to the project. The Committee announced its highly-anticipated decision to NOT rule on appeals to HidroAysén’s environmental approval. Instead, the Committee requested additional studies to evaluate the impacts of the dams. The Committee of Ministers – the highest administrative authority in Chile – reviewed 34 appeals related to the 2,750-megawatt energy project and identified two areas where more investigation is needed – the hydrological impacts on the two rivers on which the five dams would be built, and the impacts the migration of 5,000 construction workers to the region will have on Aysén. These studies will determine daily water flow if the dams become operational and will include an assessment of the project’s potential impact on surrounding glaciers.

“This delay is a strong sign that HidroAysén will not be a part of Chile’s energy future,” said Amanda Maxwell, our colleague in the Consejo de Defensa de la Patagonia (CDP) from the Natural Resources Defense Council. 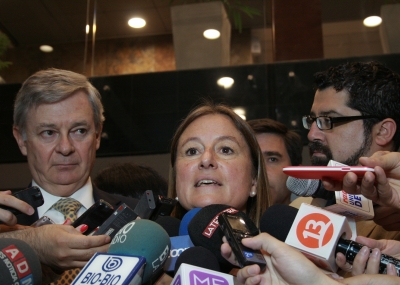 Minister of the Environment, María Ignacia Benítez, after the meeting.

In May 2011, after three years of review, HidroAysén’s five mega-dams received their environmental approval. The project remained stagnant for an unprecedented two and a half years while the Committee of Ministers reviewed observations and appeals from local groups before calling this surprise meeting to make their announcement. The requested additional studies could take up to a year to be completed according to Ricardo Irarrázabal, head of the SEA environmental evaluation service. According to Diario Financiero, the expiration of the project’s initial environmental approval is among HidroAysén stakeholders’ many concerns. Granted in 2011, the permit is valid for five years after issue. HidroAysén said in a statement it is awaiting “clear information” from authorities before issuing an opinion.

According to the statement by the Minister of the Economy, Félix De Vicente, these studies will be commissioned by the Chilean State and completed by a third party.

One thing is certain – the final decision on these points will be taken by the administration of president-elect Michelle Bachelet, who takes office on March 11. In an interesting twist of political hot potato, the project lands back where it started – in the hands of Bachelet. However, the political climate and widespread opposition to the project have changed the game. We witnessed President Pinera’s declining popularity as a result of his support for HidroAysén. Fortunately, Bachelet has learned from her predecessor that support for HidroAysén is not wise. Bachelet has said in numerous statements that the project is “unviable” and should not go forward. Her statements suggest that the project could finally be canceled by her administration.

According to energy specialist Raul Sohr, “HidroAysen isn’t completely dead, but costs will rise as construction is delayed and demands are piled on. In the end, it could be economic calculations and not political protests that bury it.”

While most of us in the CDP and the Chilean population agree that the decision is a win for the majority of Chileans who oppose the project, the committee’s decision is insufficient. According to Amanda Maxwell, the Committee has “identified two areas where HidroAysén did not provide enough information, but there are many other issues identified in the observations where the necessary data is equally lacking. These include (but are not limited to) the impacts of the dams on national parks, such as Laguna San Rafael National Park; the endangered huemul, a native deer that is also the national symbol of Chile; native fish species in the two rivers; local tourism, and the local culture of Patagonia. HidroAysén also did not adequately address the area’s seismic risks or the potential impacts of climate change, or provide a relocation plan for potentially affected people.”

We’ll continue working with the CDP to bring international and national pressure on President-elect Bachelet and hold her accountable to her campaign statements that HidroAysén is not viable and should be canceled. Thank you to everyone who has remained committed to a Patagonia Sin Represas. We’re getting a little closer every day.