China has long struggled to develop an effective system of governance for its increasingly stretched water resources. In the past, it was said that “nine dragons rule the waters” (九龙治水）, a reference to the tangle of diffuse and unclear responsibilities for managing different aspects of China’s environment and policies. Now, a series of reforms are taking effect, with the intent to simplify and improve the way environmental protection is carried out in China.

In July, China’s Ministry of Water Resources announced that a new measure aimed at improving China’s water governance had been successfully implemented across most provinces. The “River Chief” mechanism places responsibility for protecting bodies of water squarely on the shoulders of government officials. According to China Daily, more than 300,000 officials have been designated as river chiefs around the country, operating on the provincial, city, county, and township levels, and another 760,000 have been named at the village level.

The River Chief system is a massive undertaking, with the potential to dramatically improve the quality and integrity of China’s water resources. It’s been a decade in the making – can it deliver results?

Evolution of the River Chief System

The ‘River Chief’ system has its roots in an infamous incident that occurred over a decade ago. Lake Tai, one of the largest lakes in central China, experienced a dangerous bloom of blue algae that threatened the drinking water of more than five million Chinese in Wuxi, one of the country’s most prosperous areas. The event was a visceral wake-up call, demonstrating the threat that strained and unclean water resources posed to the country. 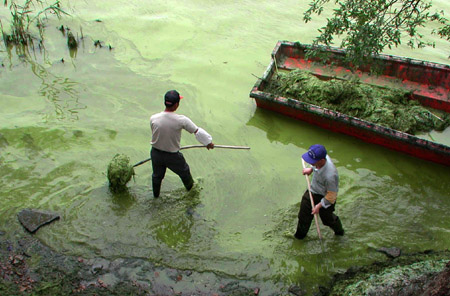 In response, the Wuxi government put officials in charge of maintaining water quality indicators within a specific area, tying their performance evaluations to the proper management of water resources within their own area. Water quality improved quickly under this system, which prompted other municipalities around the nation to adopt similar policies over subsequent years.

This basic concept incentivizes officials to pay more attention to water resource management within their district and balance economic and environmental policies, and forms the basis of the River Chief policy framework which is being implemented nationwide. In 2016, the China State Council released a document that set out an ambitious national plan for the river chief policy, aiming for full implementation by 2018.

In China, Communist Party members are evaluated and promoted on a set of specific evaluation criteria. By adding environmental indicators into these assessments, Beijing is seeking to not only push a more balanced, sustainable development strategy, but also utilize the existing relationships within the Communist Party to bypass traditional, historically dysfunctional transboundary governance mechanisms such as river commissions. Political scientists have labeled this mechanism “hierarchization through partification”.

River Chiefs are well-placed to coordinate various governmental departments to improve the efficiency and efficacy of a multitude of water-resource management efforts, and now face clear consequences if they fail to maintain or improve water quality in their assigned areas.

“This policy does address part of the current problem with water governance in China, which is the question of interjurisdictional cooperation” says Professor Sabrina Habich-Sobiegalla of the Institute for Chinese Studies at the Free University of Berlin. Professor Habich-Sobiegalla says that the River Chief policy is an “ingenious” method of using Party hierarchy as a lever to improve coordination between various government organs.

“Before the River Chief policy it was very difficult to get officials of the same rank to cooperate on pollution and water-resource management issues, but by making one person responsible that person now has authority over the departments below him on issues related to the management of the river… now there is a mechanism to make these people or departments cooperate more fully. This is the main advantage of the River Chief system – it can solve this gridlock up to the provincial level.”

While government officials who participate in the River Chief mechanism are obligated to respond to water management issues within their jurisdictions, other actors are also getting involved in keeping China’s rivers and lakes clean: in December 2017, Carlos Brito, the Brazilian CEO of Anheuser Busch InBev, the world’s largest brewer of beer, became the first foreign River Chief in China. AB InBev will manage the inspection and upkeep of several rivers and may eventually charge all 40 of its breweries around the country with River Chief duties. These ‘corporate River Chiefs’ may continue to proliferate as corporate social responsibility takes hold in China, although it’s not yet clear to what extent their responsibilities extend – or whether it’s simply another PR stunt for companies and governments. 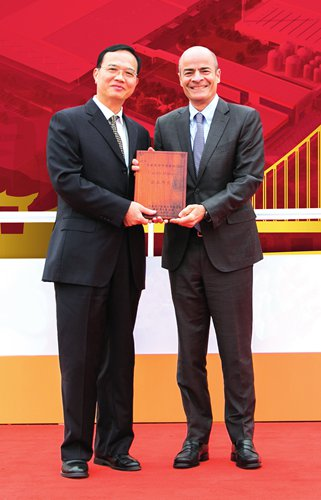 Can the River Chiefs Turn Things Around?

Although the River Chief system is a much-heralded development, and shows signs of being an effective addition to water governance in China, there are still concerns over whether the policy can be implemented across the entire nation, especially in areas that still face economic challenges. In June, it was reported that the River Chiefs of two cities in Hebei Province had failed to discharge their duties, resulting in a three-kilometer-long, 10-meter-wide ‘belt’ of garbage, including industrial and household waste, on the Dasha River. Officials concluded that the River Chief policy “existed in name only.”

Other commentators have pointed out that the River Chief policy results in an outsized focus on pollution control, ignoring intertwined social, cultural and environmental issues including fishing, transportation, flood control, water quality from impoundment and release from dams, and public access to waterfronts.

Since assessment criteria are heavily skewed toward water pollution indicators, River Chiefs may be able to ‘game’ the evaluation system slightly, allowing other, less visible indicators to slide.

“I think [the River Chief policy] might be able to solve problems in some areas, but it won’t change anything in other jurisdictions,” says Professor Habich-Sobiegalla.

Another potential shortcoming of the River Chief policy is the short-term nature of Party officials’ placements, which usually only last two to three years in one jurisdiction, resulting in a steady turnover of River Chiefs. New River Chiefs will necessarily have different strengths, weaknesses, and personalities, constantly disrupting the continuity of policy coordination and implementation and the long-term sustainable development of their assigned areas. While party officials move to positions in different parts of the country, local people must contend with the positive or negative effects of the River Chiefs’ management strategy.

“River Chiefs should first be interested in solving the water quality problem – but if they don’t have the capabilities or educational background in water quality issues then they may struggle,” says Professor Habich-Sobiegalla.

Officials appointed as River Chiefs receive training at several centers around the nation; the River Chief Research and Training Center at Hohai University in Nanjing hosts delegations of River Chiefs around the country, focusing on issues such as the criteria included in the River Chief evaluation mechanism, integrated water resource management, and protecting water quality.

Finally, the River Chief policy doesn’t yet solve water-management issues that cross provincial borders, such as those affecting major waterways like the Mekong, Yangtze, and Yellow Rivers. It would be difficult to envision a system that asks the head of provincial governments to subordinate themselves to another provincial head, even in the name of improved water governance. 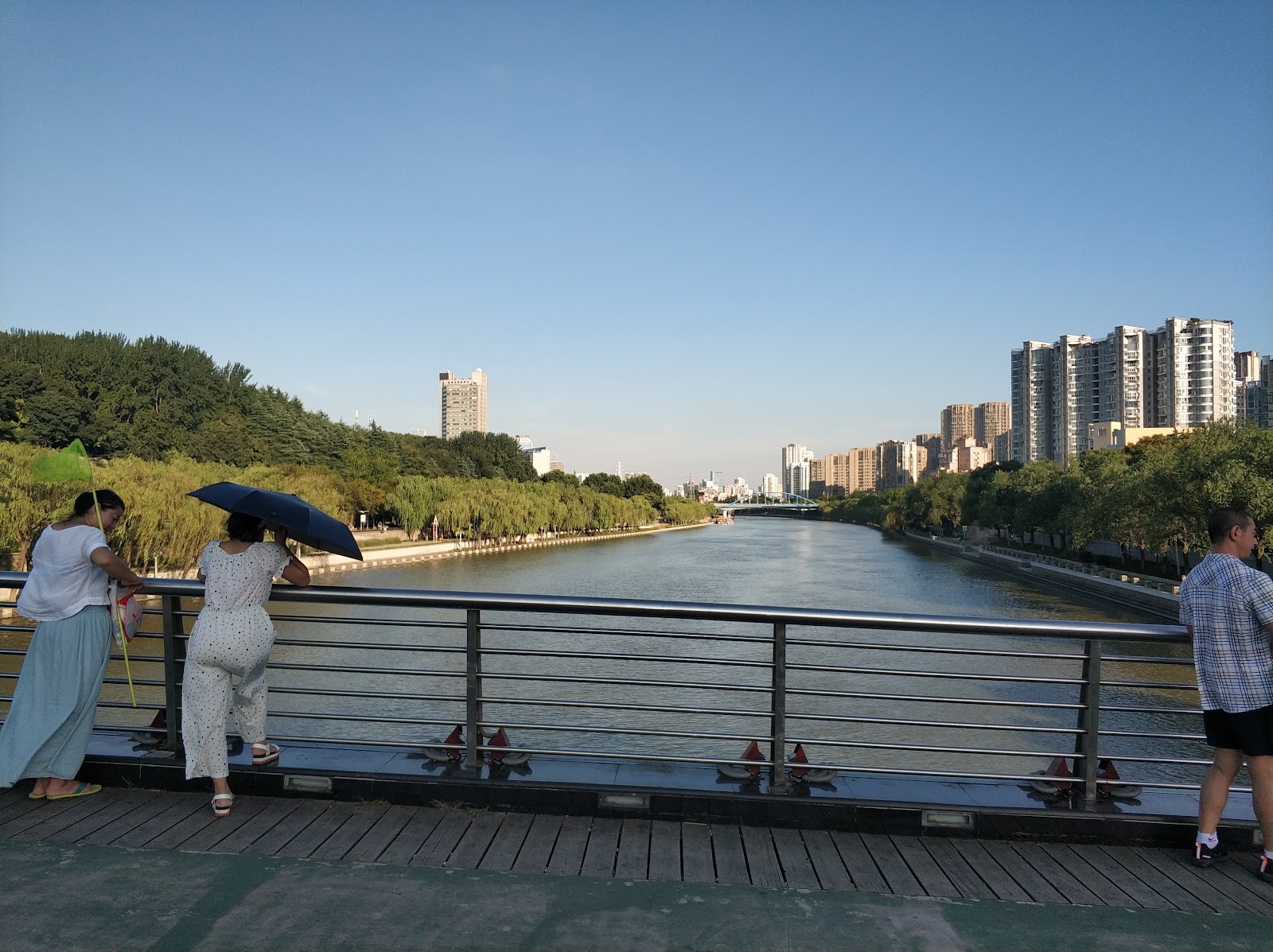 An Expanded Role for Public Supervision

The River Chief system is designed to empower the general public to supervise and participate in the work of the River Chiefs. The State Council’s 2016 document envisions a platform where citizens can make recommendations, report issues, and get information about the water-management plans of their local River Chiefs. 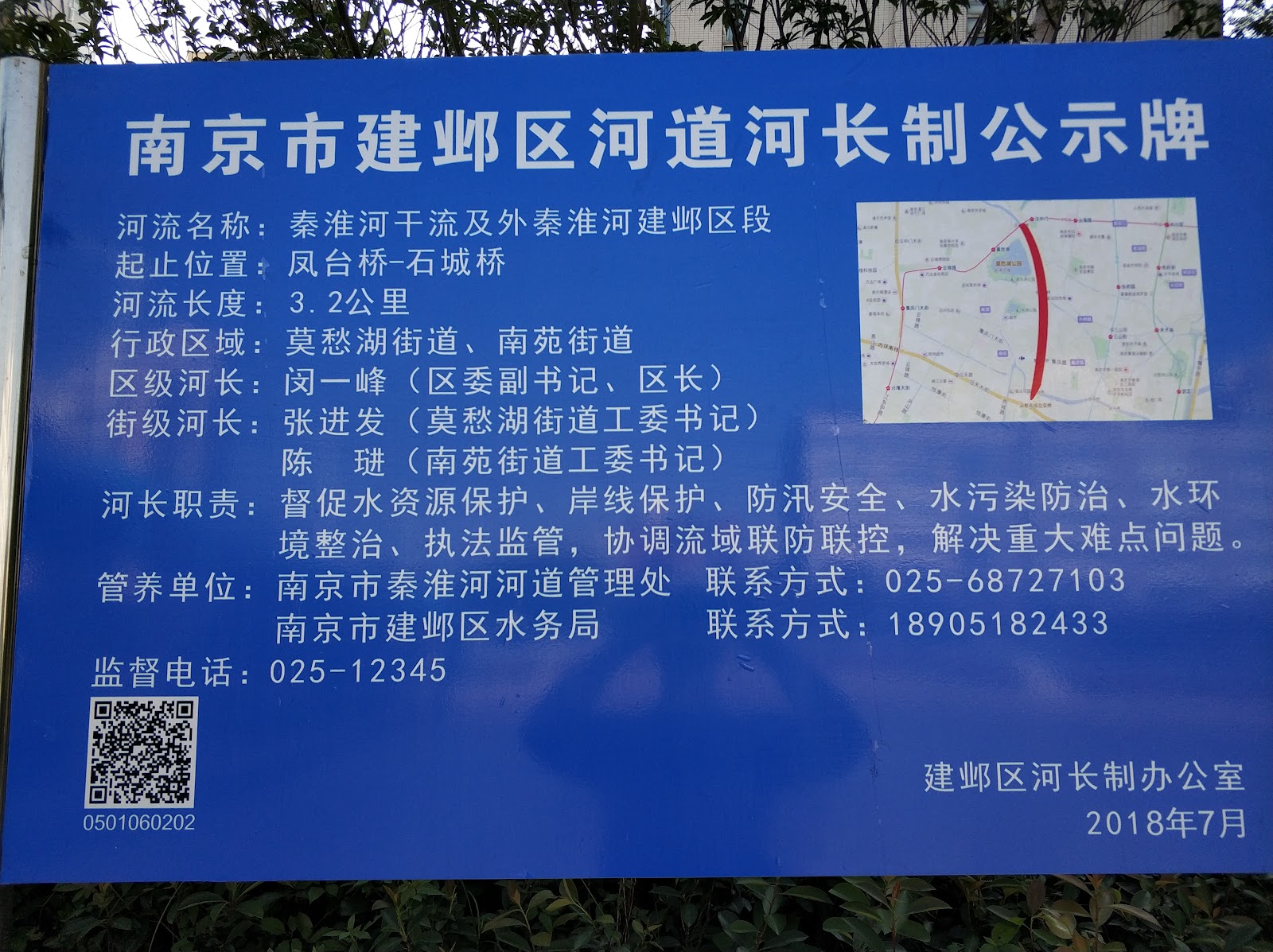 A River Chief sign posted on the banks of the Qinhuai River in Nanjing, China. The length, administrative area, and contact information for the district- and ‘street-level’ River Chiefs are listed, along with a QR code th (Photo: Sam Smith)

Most administrative areas in China have done a good job of identifying the River Chief responsible for a particular stretch of river; in my neighborhood in Nanjing, I quickly found a large sign near the Qinhuai River that outlined the names and contact information of the provincial-, city-, and district-level River Chiefs.

I was also able to follow the official Jiangsu Province River Chief page through Wechat, my social media account. By following this page, users can stay updated on the latest information about river conditions, make suggestions about water governance, and, most importantly, report water issues directly to the River Chief, giving local citizens a forum to start a dialogue with River Chiefs – if the River Chief has the time and inclination to respond, that is. I’ve spoken to several Chinese – some environmentalists – who have tried in vain for weeks to speak to their local River Chiefs.

Beijing’s support for the River Chief policy fits in well with President and Chairman Xi Jinping’s rhetoric about a “Beautiful China” and building an “Ecological Civilization”. Xi’s recent inspection tour to the Yangtze River confirms that protecting water resources for their economic, social, and cultural importance has become a high priority for his government.

Scholars and environmentalists in China will likely need to wait for a work report from the coordinating ministry of the central government before we can get a feel for the way the newly-implemented River Chief policy has changed local water governance, and even then, doubts may remain over the accuracy of environmental information furnished by local and central government sources. Still, many experts with whom I spoke share a sense of optimism that this mechanism is a promising step toward a more comprehensive legal framework that protects China’s rivers.

Wang Zhijian, a law professor at Nanjing’s Hohai University, said, “the eventual transition from the ‘River Chief’ mechanism to a more comprehensive ‘River Law’ is necessary not just to protect our water resources but also to promote the rule of law within China more generally.” 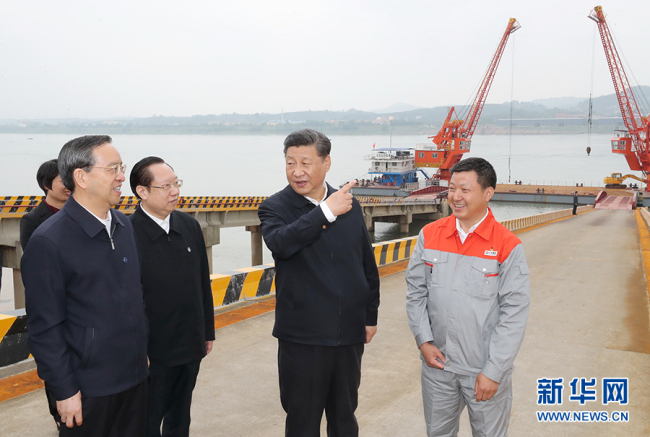